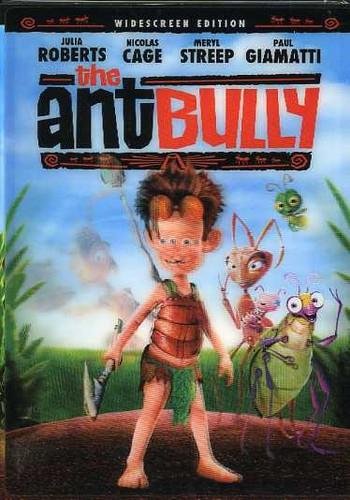 Aggiungi alla bibliografia
€13,00 €12,35
risparmi: € 0,65
Spedito normalmente in 4-5 giorni
A kid who hates ants finds himself living among the six-legged critters in this computer-animated comedy-adventure. Lucas Nickle (voice of Zach Tyler Eisen) is a ten-year-old boy whose family has just moved to a new town, and Lucas isn't enjoying it much -- he hasn't made any friends yet, his big sister ignores him, his parents (voices of Larry Miller and Cheri Oteri) are occupied with their upcoming vacation in Mexico, and his loving but slightly crazy grandmother (voice of Lily Tomlin) is convinced space aliens are casing out the neighborhood. To make matters worse, the local bully has found Lucas and is making his life miserable, so the boy looks for someone he can push around -- and he soon finds a large colony of ants in his yard. Lucas takes out his frustrations by stomping, drowning, and burying the bugs, little realizing the ants see him as a threat to their safety and aren't about take his attacks lying down. Zoc (voice of Nicolas Cage) is a "wizard ant" who creates a formula that shrinks Lucas to the size of an insect, and the tiny boy is brought before the leader of the Ant Council (voice of Ricardo Montalban) and the Queen of the Colony (voice of Meryl Streep) to answer for his crimes against the ants. Showing compassion, the queen sentences Lucas not to death, but to live among them and see how difficult their circumstances can be. Nurse Ant Hova (voice of Julia Roberts) is put in charge of looking after Lucas, and with the help of Scout Fugax (voice of Bruce Campbell) and Forager Kreela (voice of Regina King), Lucas gets an eye-opening picture of how the other half lives -- just in time for Lucas to help the ants in an all-out battle against Stan (voice of Paul Giamatti), a pest-control man brought in to get rid of the bugs. Produced by Tom Hanks, The Ant Bully was written and directed by John A. Davis, who handled the same chores on the film
Il commento è stato inserito correttamente!
Prima di essere pubblicato, dovrà essere approvato dalla redazione.